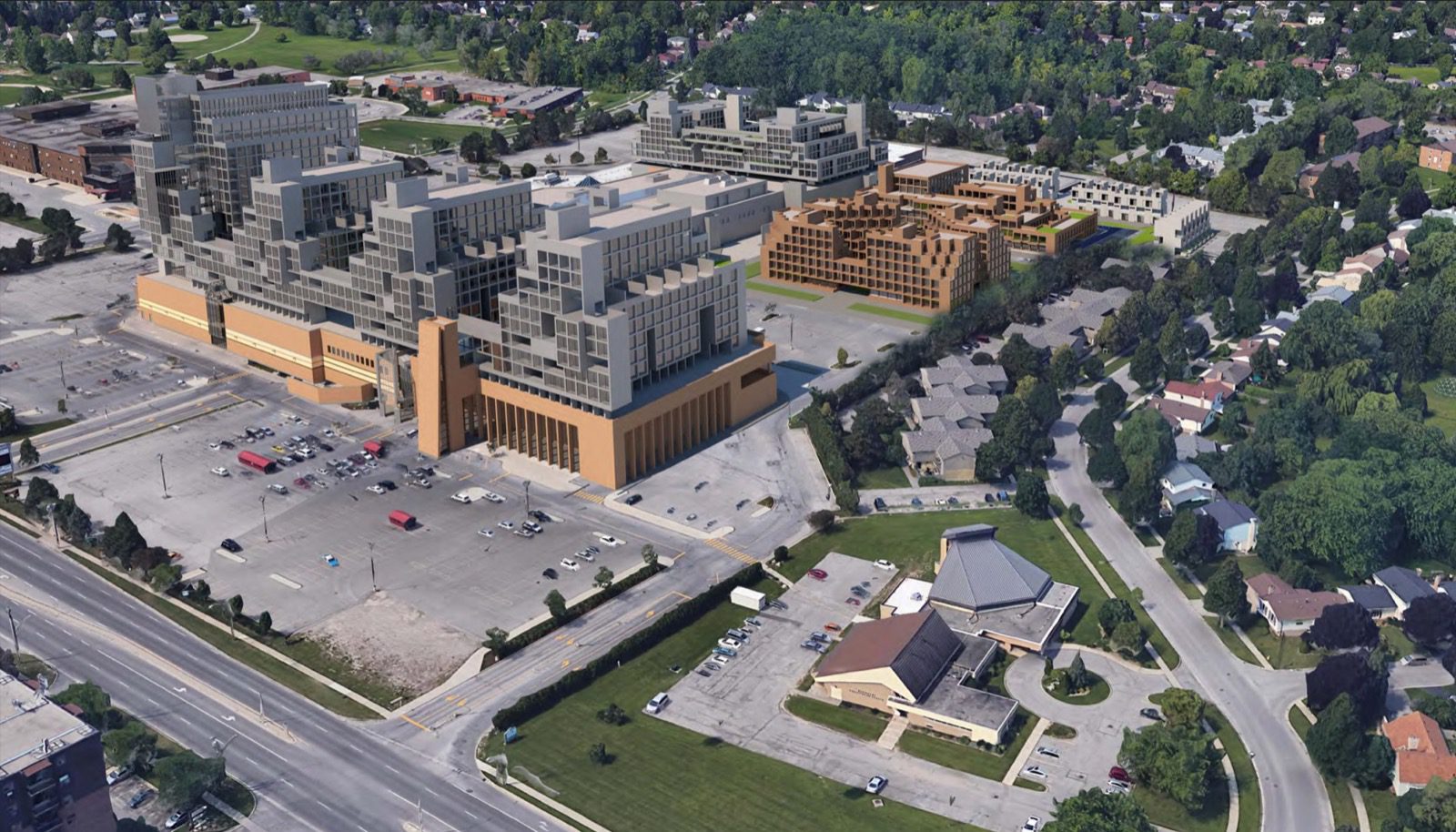 A west-end mall that’s almost 50 years old could soon be at the centre of a massive overhaul, with a six-tower redevelopment worth more than half a billion dollars proposed for the former Westmount Shopping Centre, now known as Westmount Commons.

McCor, the company that operates the mall, plans to build a mixed-use complex on the Wonderland Road site with nearly 900 housing units and thousands of square metres worth of office and retail space.

“It’s certainly visionary and dynamic,” said Ward 10 Coun. Paul Van Meerbergen, who represents the area. “It’s a real model about how we can move forward. Here we have a mall that could have easily gone into decay and become boarded up and here it is breathing new life into the entire area and, indeed, the city.”

The $556-million, mixed-use development is a 20- to 30-year project, a McCor spokesperson said. It represents, on a single site, roughly half the annual construction value of all new building projects in London, which has seen about $1 billion worth of annual development in recent years.

The company says its redevelopment would create 1,300 jobs and contribute $3.4 million in property tax revenue to city hall annually.

Those buildings are the subject of a just-filed development application at city hall, according to the company, which means the plans could change as negotiations happen between McCor and city staff. Eventually it’ll come to city council for debate and a possible rezoning, though that could take some time to work through the development pipeline at city hall.

A previous request to rezone the mall – now called Westmount Commons – to allow a call centre, was panned by city staff and later deferred by council, with bureaucrats saying it conflicts with London’s policies to concentrate office space downtown.

“I think this can easily be shepherded through the process and satisfy any concerns,” Van Meerbergen said. “I see this, on the whole, as having a lot of support and a lot of positivity garnered behind it.”

A document detailing the proposal stresses the office space will be class B and C, different from the focus on downtown locations, and describes the redevelopment as an “integrated community hub” where people can live, work and play.

“Repurposing (as opposed to completely demolishing and building from scratch) the existing structure is the first part of ensuring we minimize the impact on the environment and community,” according to a one-page summary of the project.

Van Meerbergen said he’ll be advocating for “proper mitigation” to help the neighbourhood handle such a large development, such as ensuring traffic is directed onto Wonderland Road rather than side streets.

“I think it’s win-win-win. When you’re talking about that magnitude of new residences, that helps the affordability across the board,” he said.

“It’s 900 units and then you’ve got your commercial centre right there at the same spot. It’s just breathing new life into this area.”